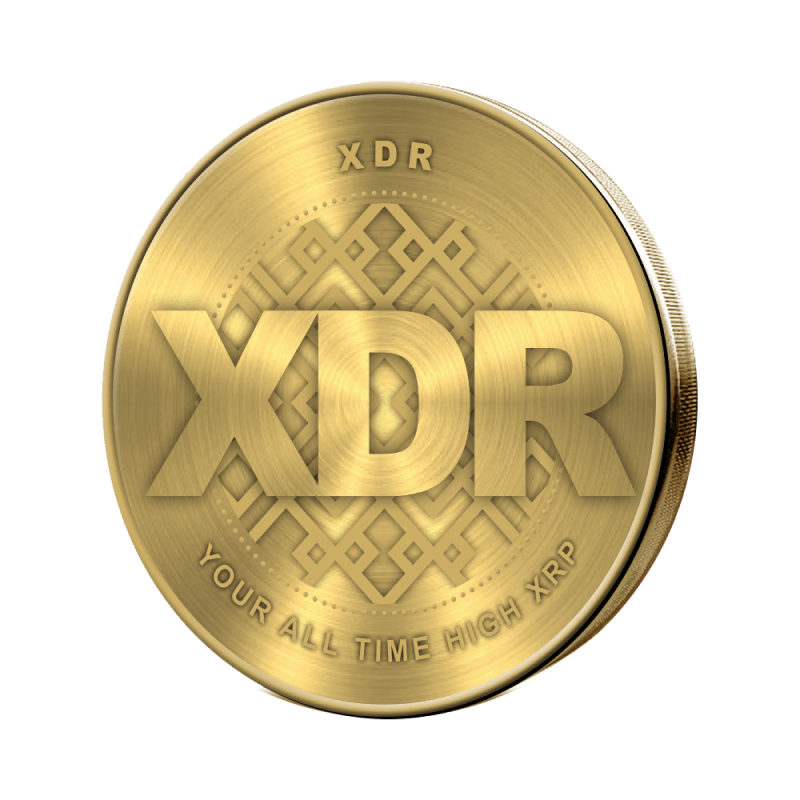 Artificial Intelligence (AI) continues to generate significant advancements in the area of risk management. One sector with rapid advancement using Artificial Intelligence is predictive analytics. Predictive modelling encompasses a variety of statistical techniques and machine learning to analyse current and historical trends with the view to predicting the future or otherwise unknown events.

Machine learning has advanced rapidly with the ability to exceed human neural capacity for identifying market patterns. Leveraging these computational capabilities can provide efficient and reliable solutions to many market instabilities including volatility within certain digital currencies. Application of this technology can be utilised to moderate pricing on a selected group of cryptocurrencies to effectively hedge or flatten the risk profiles by calculating market driven volatility.

XDR applies advances in technology to eliminate the downside risk of digital currency ownership by providing a Stable coin that is locked to Ripple’s XRP all-time high price. The XDR coin provides greater certainty by limiting downward movements (losses) while capturing all the upward benefits (gains) of Ripple’s XRP.

What are the benefits?

What makes XDR so attractive?

The ability to provide a known and predictable value

The ability to prevent losses during market volatility

Regardless of the prevailing market pressures on other cryptocurrencies XDR maintains the prior all-time high for Ripple XRP. Downward price movements of Ripple XRP or losses in any other cryptocurrency during market volatility do not affect the XDR price. This feature provides many benefits for XDR holders without the need to experience market uncertainty, the stress of price drops or financial losses when cryptocurrency values crash.

A key feature of XDR is that it enjoys all the upward movements of Ripple’s XRP token. The significance of this cannot be overstated since Ripple’s XRP has a numberof characteristics that indicate XRP has significant growth capability.

Ripple is a technology that acts as both a cryptocurrency and a digital payment network for financial transactions. Ripple’s main process is a payment settlement asset exchange and remittance system, similar to the SWIFT system for international money and security transfers, which is used by banks and financial middlemen dealing across currencies. Ripple operates on an open-source and peer-to-peer decentralized platform that allows for a seamless transfer of money in any form, whether it’s dollars, yen, euros, or cryptocurrencies. Ripple is a global payments network and counts major banks and financial services amongst its customers. XRP is the native cryptocurrency on the Ripple network, and it consistently lists among the top 10 cryptocurrencies by market capitalization. Ripple’s XRP token has experienced significant downward pressure due to a number of uncertainties within the organisational structure, the large volume of “pre-mined” tokens, approximately 100 billion units that are periodically released to the public, and an ongoing legal conflict with the U.S. Securities and Exchange Commission (SEC). Nevertheless, Ripple has significant opportunity to grow if the legal judgement finds in the company’s favour and it is allowed to proceed with an Initial Public Offering (IPO) taking it onto a publically traded stock exchange. This outcome would likely propel Ripple XRP beyond the previously established all-time high carrying XDR along to set new all-time highs. Whilst there are many positive aspects indicating Ripple’s success for the future, there are equally as many risks for a poor outcome in the event that the legal case is determined against them. Substantial upside opportunity and opposing downside risk appears to be the nature of Ripple XRP and in general a reflection of the majority of other cryptocurrencies. The volatile nature of cryptocurrency and specifically Ripple XRP is the key aspect that benefits XDR holders, since they can enjoy the Ripple XRP upside without experiencing the downside of a volatile and uncertain marketplace. The intrinsic features of XDR are outstanding in the cryptocurrency environment and produce opportunities for holders who wish to enjoy the benefits of digital currency holdings without experiencing the unpleasant losses associated with drops in value and price. Avoid the stress and uncertainty of cryptocurrency ownership while retaining the expected increases in Ripple’s XRP price. It is simple and easy to do.

The XDR symbol is: XDR